Purcell Heliskiing in Golden BC

Here is a great little video from Snowseekers.ca on the history and overview of Purcell Heliskiing. They are located around Golden BC amongst some staggering peaks and seemingly endless bowls of powder. You can tell the owners live and breathe the lifestyle of heliskiing. In fact, the owner makes note that his father was a mountain guide in Europe and now he is passing the torch to his son adding up to 3 generations of guides in the family. 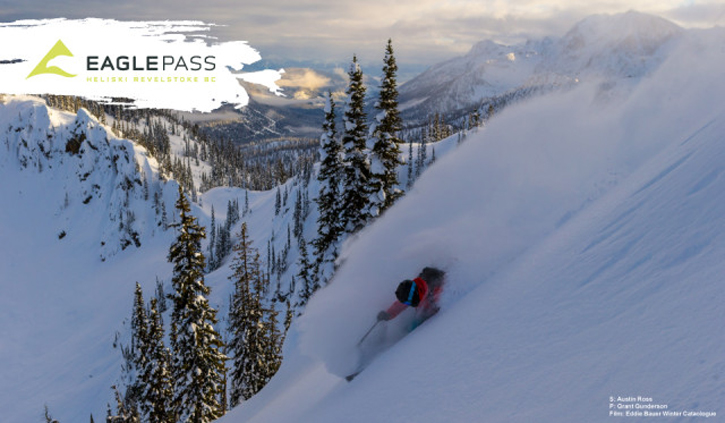 Eagle Pass Heliskiing and Freeskier Magazine are giving away a day of heliskiing for you and 3 friends. That is you, 3 of your best friends, a helicopter a guide and seemingly endless terrain. All you have to do is enter and then check your email every day!

Blue River is covered in the white stuff 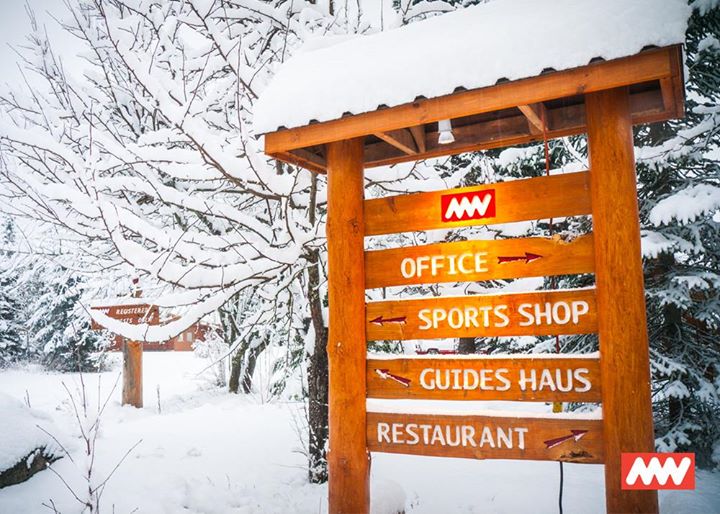 When we see a photo like this is really gets our hearts pumping. It isn't even of skiing, or a rad line or even a helicopter. Like you, we wait painfully for Fall to hurry by. We look up on those cooling nights hoping for flakes to fall. Well they have started and will some gusto too. Just take a look at this picture of the sign at Mike Wiegele's Heliskiing in Blue River. I mean, it is a sign for crying out loud....and we are stoked!

Ski with Chris Benchetler at CMH Heli-Skiing this Season

Chris Benchetler will represent CMH Heli-Skiing as an ambassador for the 2015-16 season. Benchetler, who calls Mammoth, CA home, will accompany the CMH group at the CMH Cariboos lodge from December 17-22, 2015. He joins 2015-16 ambassadors Chris Davenport, Julia Mancuso and snowboarder Torah Bright, who will be embarking on their own CMH trips during the season.

For more information on joining CMH Heli-Skiing and Benchetler this season, click here.

WIN The Pinncale Heli-Ski Experience with CMH and K2 Skis

4 Days of Heliskiing PLUS Skis and Boots from K2! 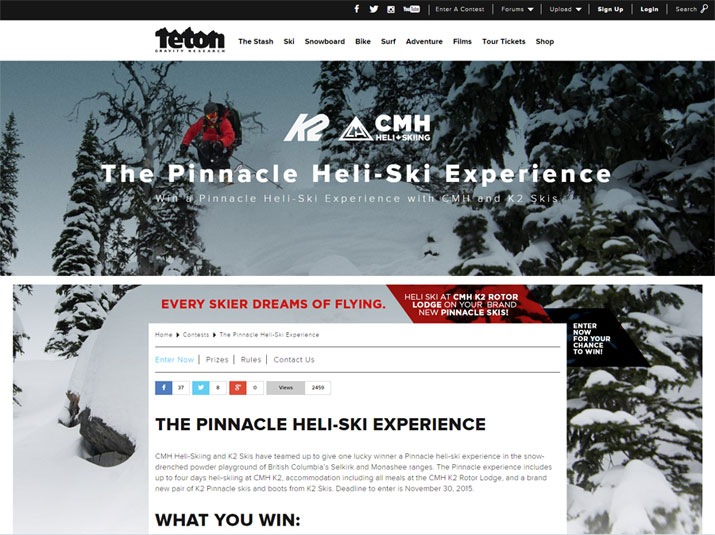 CMH Heli-Skiing and K2 Skis have teamed up to give one lucky winner a Pinnacle heli-ski experience in the snow-drenched powder playground of British Columbia’s Selkirk and Monashee ranges. The Pinnacle experience includes up to four days heli-skiing at CMH K2, accommodation including all meals at the CMH K2 Rotor Lodge, and a brand new pair of K2 Pinnacle skis and boots from K2 Skis. Deadline to enter is November 30, 2015.

Doors to the new lodging open on December 15th 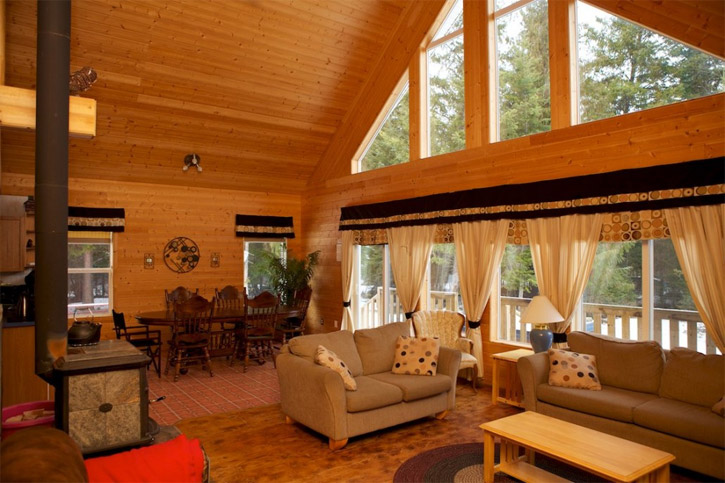 After three years of searching, Kingfisher just tapped into the motherlode. Kingfisher Heliskiing is the proud new owner of The Gold Panner Resort, an iconic landmark nestled at the base of the Monashee Mountains in Cherryville, British Columbia, Canada. Kingfisher is glad to put down some roots and the local community will benefit from even more visitors when Kingfisher expands the Gold Panner Resort to a full-time, year-round operation.

The famous resort and campground has been welcoming summer visitors for generations. Long before that, Gold Panner Resort was at the heart of the gold rush from 1863 to 1930. Over $112,000,000 of gold in today’s dollars was mined in the area. Owners Tim Shenkariuk, Matt Devlin, and Ed Lewis say “To be able to lay down roots in such a beautiful part of the world is indescribable. We are excited to become permanent residents of the community.”

Another huge benefit for the new base of Kingfisher Heliskiing is being less than an hour and a half from the Kelowna International Airport (YLW) and easy to get to right off Highway 6.

The Kingfisher Heliskiing crew was out testing the snow in late November, and conditions were looking like mid season. These pictures and video show them getting after it and having some fun in the sun. British Columbia has been getting dumped on over the past couple weeks, and there is a week more of it in the forecast.

If you've been looking for a way to go heliskiing in BC's legendary Monashee mountains, then 2015-16 is the time to go! Give them a call and reserve your seat today.

Today we present you with 4 minutes of bliss courtesy of Last Frontier Heli Skiing. Last Frontier is located in the Northwest corner of British Columbia. Their terrain is near the Alaska border giving it a unique blend of Alaska style peaks, legendary BC tree skiing and coastal snow storm cycles. Their 2016 promo video pretty much sums it up.

Dreaming of a CMH Adventure

This video should get your heart pumping.

Dreaming of sweet, soft BC powder? How 'bout a heli ride after each run? Or what about a world-class lodge? Gourmet cuisine....frosty beer...wine...massage....views...no lines...did we mention powder and a helicopter?

In 1965 Hans Gmoser started it all here in BC with CMH. Now with 3 million acres in 11 unique locations, there is an adventure waiting for you. So stop dreaming and start skiing.

One of Crescent Spur Heliskiing's long-time guests Frank Matson also happens to be the owners of a production company called Citizen Pictures. They are not only enthusiastic powder skiers, they also produce Emmy Award Winning stuff! They, along with their guide Florian, shot and edited this video from footage they captured on a recent trip. Check it out and try not to drool on you keyboard.

Handcrafted, from the source, mountain born, purely organic awesomeness from one of the last wild corners of this place we call Earth - Last Frontier Heliskiing.