It's that time of year again...

Yes, it is that time of year again. The time of the season where everyone else is just jonesin' for some powder. The time of year we are all wrapped up in Christmas festivities. The time of year where Jason from Stellar Heliskiing taunts us with his short but tasty vids from his 'snow checks' up in his tenure. We take comfort in knowing that Jason is so thorough that he frequently tests the snow so it will be perfect for his clients. It is nice to see people 'work' as hard as he does!

Thanks for the teasers Jason. Keep em coming!

Stefan Engström headed out with pro freeskier Sverre Liliequist to check out the spoils of the Powder Highway. One of their stops was at Stellar Heliskiing in Kaslo. Check out the cornice drop at 40 seconds!

Take a trip back to where it all began

50 years ago Hans Gmoser started something special. He wasn't the first to fall in love with the mountains in Canada, nor was he the first to make ski films. He was the first to bring a helicopter into the mix and start touring people around to share his experiences. Although Gmoser is credited with the birth of heliskiing as we know it today, many people are not famliar with him as a film maker.

As the video above illustrates, Hans had a deep passion for the mountains and sharing it with other people. He skied endless peaks with the likes of Jim McConkey (father to the late Shane McConkey) and other pioneering skiers and mountaineers.

Early in 2014 Hans Moser's films were restored and released for viewing. The above video is just a taste of what Moser produced. It is an eye opening window into the past and where our modern skiing and backcountry exploits got their beginnings.

So sit back and enjoy the show!

Get Stoked for the Full Length Video coming November 2014

Get a glimpse of what it is like heliskiing in the far reaches of Canada at Last Frontier Heliskiing. If this 40 second teaser is any indication, the full length is going to be powder filled eye candy that fill the dreams of skiers all over! This place looks so alluring not only because it is remote but because the powder looks incredible. My guess would be that it is the perfect blend of Alaska and BC in one spot.

Watch for the feature film coming November 2014. Until then, stop by the website at: http://www.lastfrontierheli.com

Stellar Heliskiing 2014 Get you Stoked Video

And it is working!

Oh Summer when will you end! Check out this juicy powder filled teaser from Stellar Heliskiing and you too will ache for the cold air of Fall.

Deep, light, blower pow just outside of Revelstoke BC

Bob Legasa and the crew from Freeride Media visted Selkirk Tangiers Heliskiing and filmed this tasty video for the Freeride Chronicles. Everything about their experience there looks top notch. From the epic BC powder to the hospitality to the relationships made on trips like these. As they say on the video, "it is the vacation that stays with you for years and years!"

What really sticks out about this video is the range of skiers. You have guys, ladies, experts, casual pow skiers and the ocassional back flip thrown in for good measure! Selkirk Tangiers clearly accomodates all levels of heliskiers. And the apres ski looks incredible!

As promised, here is the full length film from Last Frontier Heliskiing - The Cold Rush. Tucked away in the far north reaches of British Columbia, Last Frontier operates on grounds that were once populated with gold hungry prospectors. Today it is a different kind of mining going on - it is a rush for powder!

Powder Magazine Honours the History of Heliskiing in Canada 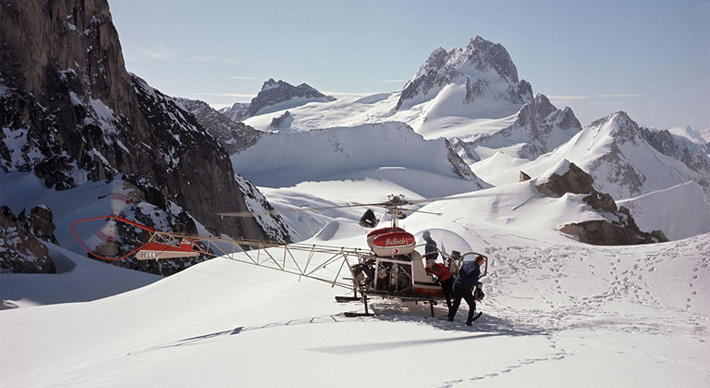 50 years ago in the winter of 64/65 an adventurer by the name of Hans Gmoser started a movement that would spark backcountry tourism, gear development and even give birth to catskiing a few years later. He started Canadian Mountain Holidays, know to most as CMH. CMH now has a dozen lodges sprinkled around BC and is now accompanied by another 18 heliski operations.

Powder Magazine  has put together a little tribute to the dawn of heliskiing. Check out the galleries and stories on www.powder.com 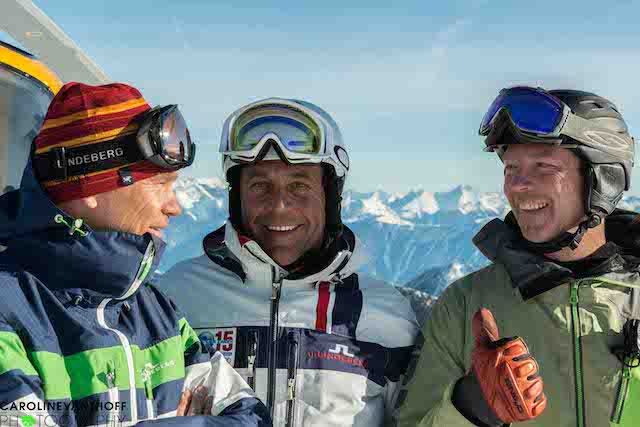 Today Stellar Heli Skiing (Stellar), announced that it has taken on active investment partners to bolster its management and operational team as it continues to offer premier heli skiing to its guests. The new partners are Bjorn Algkvist and Stefan Engstrom, who are dedicated skiers based in Stockholm, Sweden and Zermatt, Switzerland. Bjorn and Stefan each have over 30 years of business and snow sports related experience. Stellar was founded in 2005 by Kerry Luckey and Jason Remple, and currently operates out of Kaslo, in the Kootenay Region of British Columbia....